So you’re considering getting a rabbit as a pet. You’d heard rabbits are good first pets, but you wanted to make sure you knew how to care for a rabbit first. It’s a good thing you did, too! Rabbits require a lot more effort than most people anticipate. They must adhere to a rigorous diet and must exercise and socialize daily. But I wouldn’t be talking about rabbits if they weren’t also bouncing bundles of joy and beautiful pets.

The Benefits of Having a Rabbit as a Pet

As someone who adores rabbits, we are sure that these fluffy little balls of fluff may make excellent house pets. Rabbits have a unique personality and a way of brightening your day. There are a lot of folks that would become excellent rabbit keepers. So, how about you? Do you think you’d make a superb rabbit companion?

Rabbits are among the quietest pets to own, despite their ability to make sounds. They don’t bark at you at all hours of the night, and they don’t meow at you to get your attention. Because mice squeak and rabbits don’t, I’d even argue that a rabbit is sometimes quieter than a mouse.

It means you won’t have to worry about your bunny bothering your neighbors if you live in an apartment or other close-knit community. Rabbits are ideal companions for those who prefer a peaceful existence. You two can effortlessly share a space without causing each other any stress.

#2 Rabbits can utilize a litter box to relieve themselves

Rabbits defecate a lot, but after they’ve been litter trained, it’s relatively simple to clean up after them. Many mature rabbits will have already been trained to use a litter box if you adopt one as a pet. Even if they don’t know how to use one when you first bring them home, teaching them is usually relatively simple.

You may have heard that rabbits are smelly and untidy animals at some time. This, however, is a myth. For the most part, Rabbits will not stink up anyone’s house, so you won’t have to bother about masking their odor.

#4 Rabbits have a long life span

Pet rabbits, believe it or not, have an average lifespan of roughly ten years. The age of a rabbit can vary depending on its breed and living conditions. Indoor rabbits have a longer lifespan than their outdoor counterparts. A rabbit, on the other hand, can live far longer than you may think.

The disadvantages of having a rabbit as a pet

Pet rabbits can often be more bother than they’re worth. These little bunnies may be charming and gregarious, but they have a habit of getting themselves into mischief. Many individuals purchase a rabbit expecting it to require the same level of care as a hamster or gerbil, only to be surprised by how much responsibility rabbits need.

Rabbits are not the most difficult pets to care for, but they do have a few disadvantages that you should be aware of. Consider whether you are ready to commit to keeping a pet rabbit, even if they are little devils, as you go through this list.

#1 Rabbits enjoy chewing on anything

Rabbits’ teeth, like fingernails, are always becoming longer. Thus they need to gnaw on items to keep them from becoming too long. Rabbits have an innate desire to gnaw on wooden objects, such as your furniture and baseboards. You’ll need to rabbit-proof your home so that your bunnies aren’t able to munch on anything you don’t want them to.

Some individuals purchase rabbits in the hopes of having a cuddly pet. Then they’re disappointed to see that every time their rabbit is taken up, it kicks and scrambles to getaway. Rabbits are prey animals, and their predecessors relied on their ability to flee predators. When rabbits are trapped in someone’s arms and have no way to escape, they get tremendously frightened.

The majority of rabbit cages supplied at pet stores and online are far too small for rabbits. A rabbit enclosure should be at least 3 to 4 times the entire length of your rabbit (measured from snout to toe while they’re splayed out). It means that even a little rabbit of about 1 foot in size should have a 3 to the 4-foot long enclosure. The majority of rabbit cages on the market aren’t even 2 feet long! So don’t be fooled by the advertising. Rabbits require a lot more room than you may think.

#4 Rabbits require a lot of care

Rabbits are sociable animals, so you can’t just feed them and leave them alone. You must communicate with your bunny. Rabbits that are left alone for an extended period become bored. They’ll either act out in an attempt to grab your attention, or else they’ll become depressed and lose interest in things.

Get the above points about pet rabbits to work for you. Learn more about pets and how your actions matter to them with us! 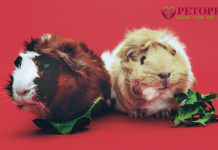 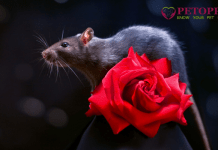 5 Facts That Will Make You Think Differently About Rats 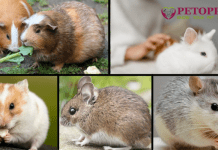 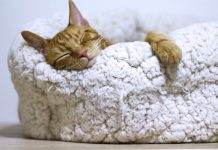 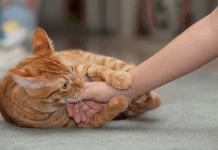 Basic Facts & Ideas to Solve the Problem of Cat Scratches 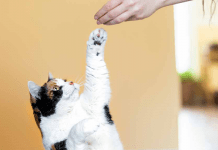 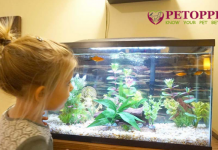 Tips To Consider Before Buying An Aquarium For Your Kid 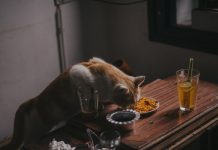 5 Foods to Avoid Giving your Cat- A Detailed Review